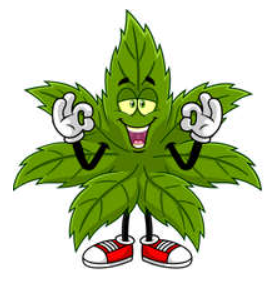 What is an LED

An LED (Light-Emitting Diode in English) is nothing more than a polarized semiconductor material that emits photons when a certain current passes through it; the phenomenon is known as electroluminescence and the color depends on the material with which the diode is made.

The most suitable light spectra for horticulture

The most commonly used spectra in horticulture are those that act on blue and near red, which are absorbed by chlorophyll; manufacturers must incorporate this information into the technical documentation of the equipment.

LED technology is used in horticulture in three possible ways:

1. Support for natural light to increase yields in greenhouses.

2. Photoperiod control by adding LED light when natural light is not available or decreases for seasonal reasons.

The most effective LEDs in horticulture are the so-called “multi-chip”, which are composed of a square matrix of LED cells, connecting the rows to each other in parallel and the columns in series. The typical voltage of these LEDs is usually 30 to 36 V, with various intensities ranging from less than 1 A to more than 3 A. Within this category of ‘multi-chip’ leds we find the leds known as ‘Chip On Board’ or COB. These LEDs are composed of LED arrays, but they no longer have a square shape, but are grouped so that all the led cells are within a circumference. The COB is a more modern and efficient version of the ‘multichip’ led and together with the SMD type LEDs are the ones that are being developed the most today. Due to the use of ceramic materials at the base of the LED, thermal management improves and they withstand higher working temperatures than any other LED. As for power supplies, the best option is to use constant current sources that provide the proper voltage and a fixed intensity.

In low-power LED devices such as those used for traffic signs, indicator lights, decoration, etc., the surface of the LED is sufficient to evacuate the heat generated. The LEDs that we are using in horticulture handle a power of a certain magnitude and their size is not enough to dissipate heat;due to the Joule effect any body that is crossedby a current, part of this current is lost in the form of heat. In the case of semiconductors, heat is generated at the P-N junction and if the temperature exceeds a limit value itmay cause thermal fusion of that junction. Due to the above it is necessary to resort to the use of heat sinks to ensure a temperature in the proper joint. Other LED devices have built-in fans that extract heat.

Use of LEDs in indoor

cannabis cultivation The most used LED devices today are those shown in the image below; they are devices that give an effective light surface of up to 2 x 1.5 m (3 m 2). The distance of locating them from the top of the plant depends on the phenological state of the plant and is as follows: