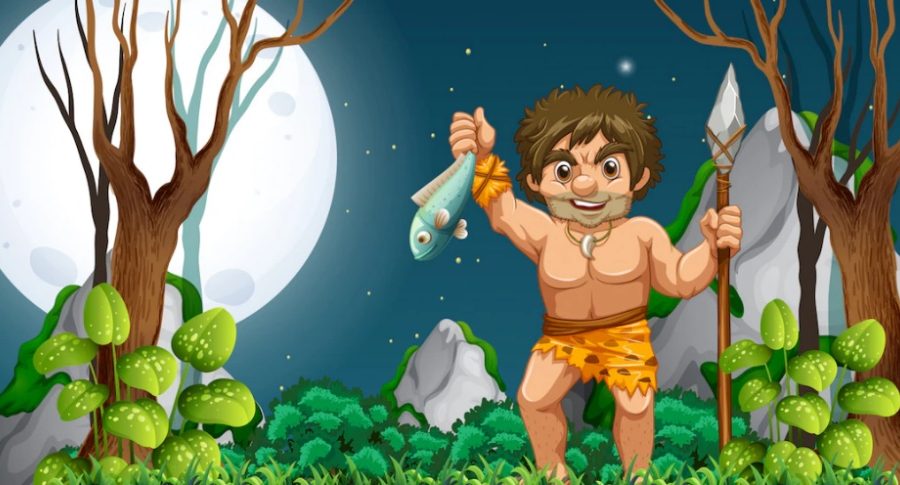 Also called Harvest Moon in Spain, Hunter’s Moon in America and Grass Moon Dying Elsewhere, in October we truly enter autumn. It is the month of the migration of birds to warmer lands and the time of mushrooms, rain permitting.

The garden Temperatures begin to cool, especially at night, so the irrigation needs of the lawn decrease, also favored by the first autumn rains. It is another good time to plant new plots of grass or replant bald spots that may have appeared during the summer. In the northernmost areas, the leaf of deciduous trees begins to fall, which means having to collect them periodically. In the southernmost areas begins the yellowing of the leaves. The flow of sap begins to decrease. It is normal that if we have a variety of grass typical of warm climates begins to turn the color towards brown. This is not the case with English grass (Lolium perenne). We will decrease the frequency of mowing our lawn; A couple of times a month will be more than enough. We will also increase the cutting height to 5 cm.

It is time to collect the seeds ofthose plans thatproduce them; once collected we will extract the seeds from their wrappers and put them to dry in a dry and dark place and then we will keep them in Kraft paper bags that is nothing more than a paper obtained from the pulp of the wood fiber and s A manufacturing process makes it a 100% renewable, recyclable and biodegradable paper, because it decomposes easily.

It is also time to collect the bulbs of those plants that have already flowered; they are removed, cleaned of soil, left to dry 4 or 5 days in a dry and dark place, some copper-based product such as copper sulfate is applied to avoid fungal attacks, wrapped in Kraft paper and stored in a dry and dark place . During the winter we will give them a look from time to time to remove those that have rotted.

It is time to make the cuttings of the roses; When the branches of the year change their color from dark green to brown we will cut rods of about 15-20 cm in length and with three or four knots each rod. The cut is made under a knot and we will immediately immerse it in water to prevent air bubbles from forming in the conductive vessels. Prepare a rather light substrate, wet the part to be buried of the sticks in a good algae extract and bury a couple of knots to which we will have previously removed the leaves, leaving those of the upper knot; If these are very large we would reduce their surface with a scissors to avoid excessive perspiration that can dry the cutting. We will put them in a dry place, without drafts and with indirect light.

Indoor plants should be close to the windows so that they can take advantage of the waning light and as for thes risks we must sin by default than by excess. Beware of placing them near air conditioners and in drafts.

The orchard The fig season is over. The season of the earliest citrus fruits and olives begins. Kiwis are ready. It is time to plant onions, garlic and calsots to catch them at the end of February.

Autumn is the time for artichokes, lettuce, endive, spinach, chard, chicory, cabbage, broccoli, cauliflower, broad beans, peas, celery, beets, etc. I usually make the seedbed at the beginning of August to plant in mid-September. The beans and peas will be planted at the beginning of October and the onions and calsots the second fortnight.

If we have a greenhouse we can make another laying of tomatoes, peppers, eggplants, cucumbers, and zucchini which will be slower than the one we put in summer due to the shortening of the days and the drop in temperatures. In the coldest areas we will need to make cultivation tunnels or buy them already made.

Cannabis The outdoor campaign ends and indoor cultivation begins. Beware of botrytis and lepidoptera larvae; it is advisable three or four weeks before harvest to apply an anti-botrytitis and repeat when there are 15 days left to cut, especially if we have dew or rain. The issue of worms requires periodic treatments with Bacillus since it does not act when the larva reaches a certain size.

Fruit trees It’s time to harvest pears, apples, kiwis, persimmons and nuts. We will continue with the waterings until they throw the leaf with a balance 1-2-1 or 1-2-2. We will continue to remove weeds frequently. When they have thrown the 2/3 parts of the foliage we will apply a preventive treatment with a copper-based product for fungi.

Pests and diseases October is a complicated month in terms of phytosanitary problems. In the horticultural air and especially in those areas where dews occur that persist during the early hours of the morning, mildew problems can begin to occur. These infections could become especially intense and affect especially the most sensitive varieties. Perform a good management of irrigation and fertilizer, avoiding excesses of vigor and the application of some specific antimildew as a preventive can reduce the risks. Other fungi to consider could be Alternaria spp. favored by the combination of high temperatures and rainfall.

Lepidoptera levels reach their annual population maximum this month. We should start soon with periodic treatments with Bacillus.

In tomatoes Whitefly levels increase, which affects the TYLCV spoon virus, which begins to be present in many tomato plots. As for Tuta absoluta its levels of infestation remainn as in September, however, in the younger plantations it is important not to neglect. During the first weeks of the crop cycle it is essential to have good control even with very low levels of pest, which will prevent the problem from being complicated in more advanced stages. Mites have become a particularly complex problem for many greenhouse tomato plantations, especially when adequate management strategies are not adopted from the earliest stages of their cycles.

In stone and pome fruit trees and with the drop in night temperatures, the process of leaf fall is accelerated in all fruit trees, both stone and pip. It is time for treatments with copper-based products to avoid infections such as Fusicoccum amygdali and Monilia spp., rust, mottle, septoriasis, denting and screening, etc. I recommend products based on copper sulfate and perform two treatments: one when 50% of the leaf has fallen and the second when the fall is total. If only one treatment is to be done, it is preferable to do it around 75% of the fall of these. It is also time to reduce wintering populations of psila in those plots that have had problems for the next campaign.

In Almendro we must not forget that the almonds affected by the wasp remain on the trees, since at the time of harvest their fall does not occur. These almonds have a whitish larva inside, which will spend the whole winter inside, producing the departure of the new adults towards the middle or end of March next year. To reduce the risk of attack and prevent its spread for the following campaign, we will have to remove the affected almonds from the trees manually preventing them from falling to the ground; the ideal time is the total fall of the leaf, because it is when the almonds that have remained on the trees are best appreciated. These almonds must be destroyed immediately by burning, and should not be stored for use as fuel for stoves, livestock feed or other uses.

In grapes the harvest is practically finished. We are in a period of selective pruning on the earliest varieties, eliminating the non-grape shoots of next year. Eliminaoars wood affected by wood fungus; The remains of the pruning should be removed outside the plot for destruction, preferably by burning them, taking into account requesting the appropriate prior authorization, or use them as biofuel if the amount of processed plant material is small. In case of presence of wood-related pathogens, it is not advisable to proceed to crush them and spread them directly on the soil surface. This technique, which is normally considered a good environmental and agronomic practice, in this case could favor the presence of fungal spores in the environment helping their dispersion. For this reason, it would be contraindicated. Another important measure in order not to favor the spread of any disease of this type is to prune separately the diseased strains from the rest, as well as disinfect the pruning tools when passing from one to another.

In citrus it is a critical time for Ceratitis capitata especially if temperatures do not cool. The presence of cotonet continues and in grapefruit plantations damage can occur by the Florida pink caterpillar (Anatrachyntis badia); and these microlepidoptera at this time of year produce a last generation of larvae which take refuge under the star of the fruits (mainly grapefruit and orange) generate small feeding damages. and favoring the appearance of Fumagina, ending up breeding to re-emerge with the arrival of the following spring. To lower their populations, in those plantations where it may have commercial significance, it is advisable to control this last generation with Bacillus. We must be attentive to the populations of spider mite and whitefly especially if temperatures do not drop.

In olive tree it begins with the collection of the olive so if we have fly problems we must see the safety deadlines of the products.

Remember that if you have to carry out treatments against pests it is advisable to use products compatible with auxiliary fauna.